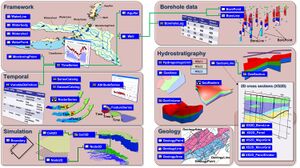 Arc Hydro Groundwater is a geodatabase design for representing groundwater datasets within ArcGIS. The data models helps archive, display, and analyze multidimensional groundwater data, and includes several components to represent different types of datasets including representations of aquifers and wells/boreholes, 3D hydrogeologic models, temporal information, and data from simulation models. The data model is compatible with the surface water data model and will share the same framework.

The groundwater data model is being documented as an ESRI Press book: Arc Hydro Groundwater Data Model, which will be available in the coming months. This wiki compliments the book but is not a replacement for it. 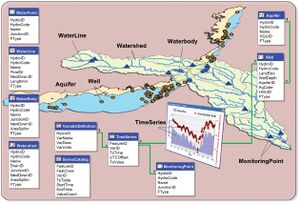 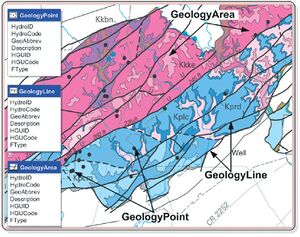 The Geology component conations a set of feature classes for representing data from geologic maps and to integrate geologic data with other groundwater-related datasets.

The Borehole component contains classes for representing 3D information recorded along boreholes. The data can be stored as tabular information related to well features or as 3D point and line features that can be visualized in ArcScene. 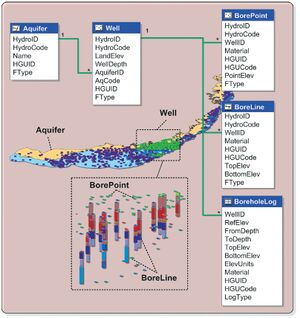 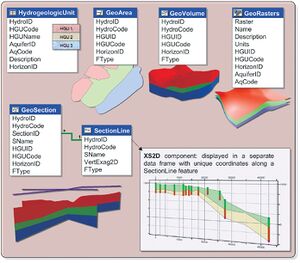 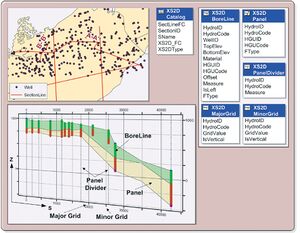 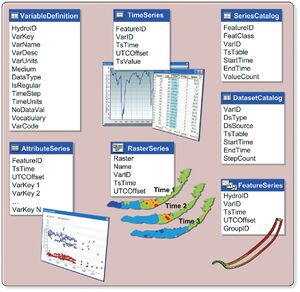 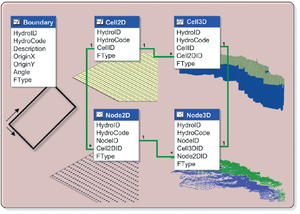