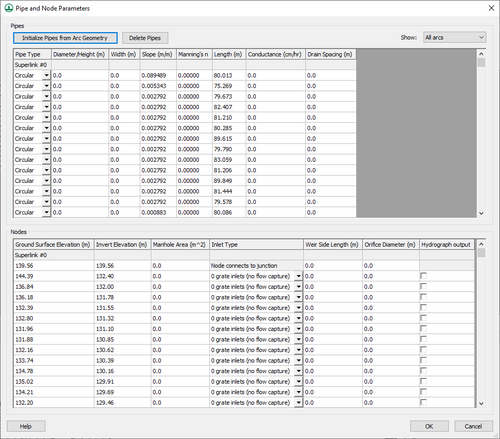 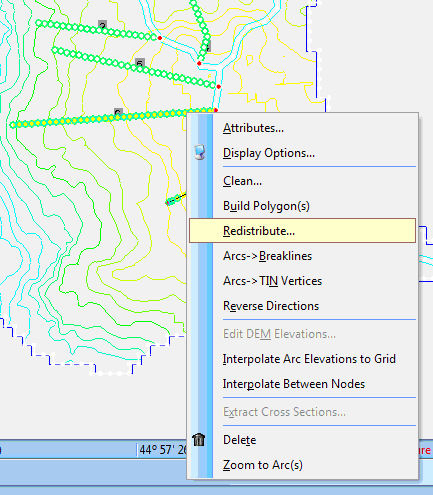 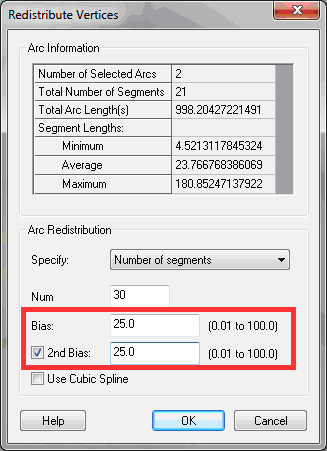 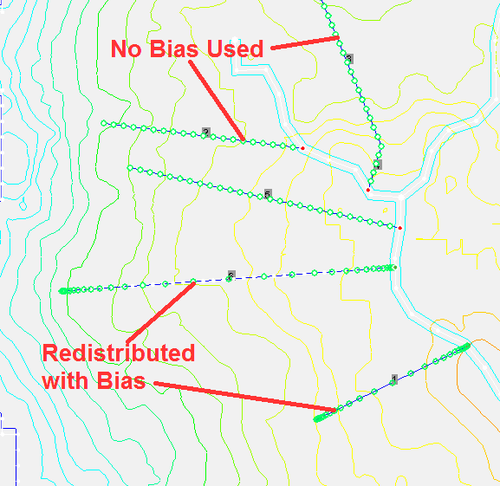 If there is an existing GSSHA project with pipe arcs in a GSSHA coverage, WMS converts these arcs to generic arcs in the GSSHA coverage and copies the pipes into a GSSHA Storm Drain coverage. This transition should work seamlessly, without needing to do any work. Existing files with a GSSHA storm drain coverage can be read and should be able to be re-written and run in GSSHA from the WMS interface. Users may want to delete the generic arcs that were pipes and are left in the GSSHA coverage, or can leave them there. WMS does not put up any messages when converting a file from the single coverage to the GSSHA and GSSHA Storm Drain coverage model to avoid annoying users.

WMS 10.0 and later versions have an Interpolate Between Nodes option when the user right-clicks on arcs. With this command, users can define an elevation at one or both of the nodes at the ends of the arc and then select this command. This command uses linear interpolation to assign the vertex elevations between the nodes at the ends of the arc. WMS also has a Smooth Stream/Pipe Arcs menu command that allows users to select points along a single arc and use linear interpolation between to assign elevations between the points. See the images below. 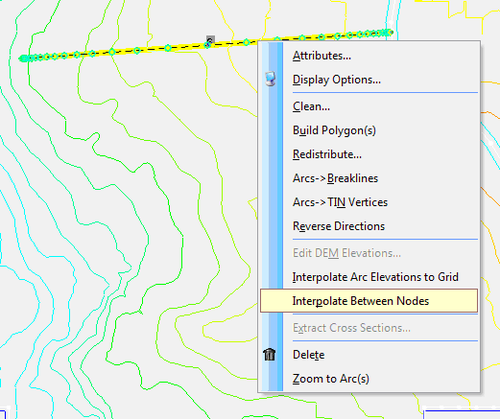 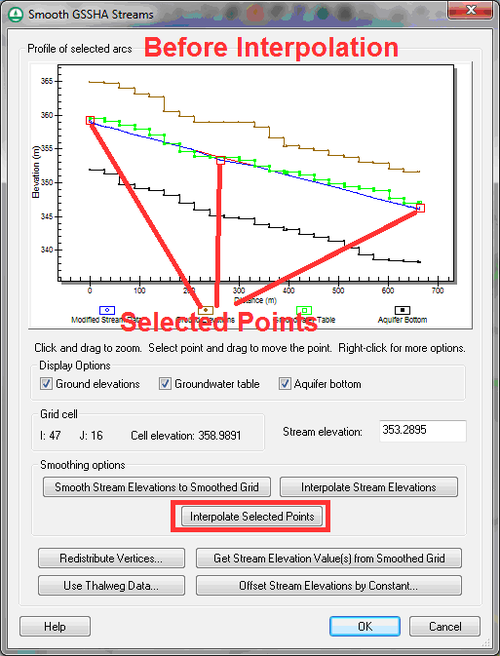 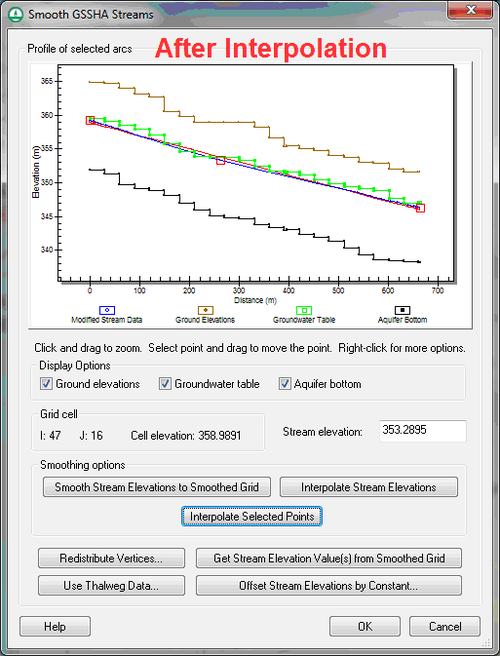 The result after interpolating between selected points

WMS 10.0 and later versions have an option in the WMS display options that allows displaying a special symbol for any nodes or superjunctions in the GSSHA Storm Drain coverage that have more than zero inlets. 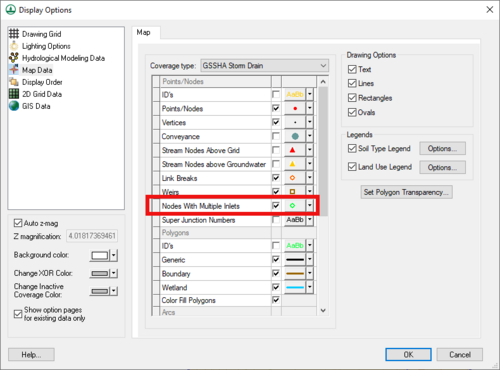 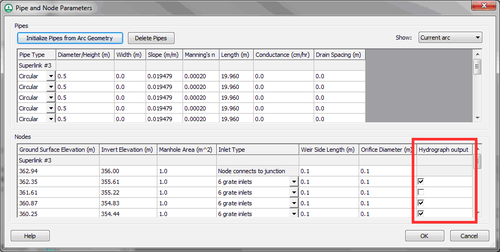 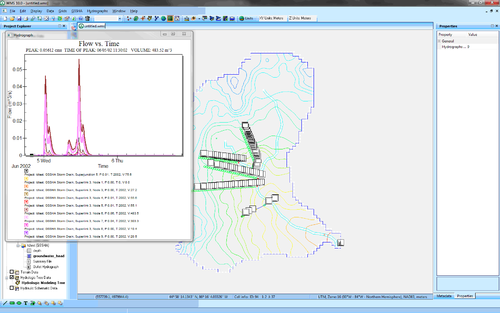