Difference between revisions of "WMS:Project Explorer Contents for Map Module"

Right-clicking on the Map Data folder

Right-clicking on a coverage

brings up a menu with options to Delete, Duplicate, Rename, set/view the Properties of the coverage, or perform a Coordinate Conversion. Properties include the name and coverage type. 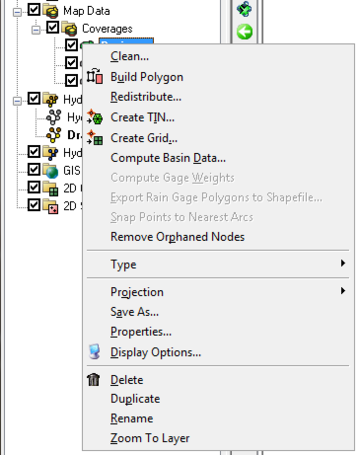