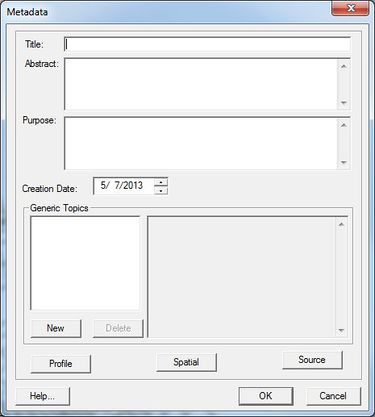 Metadata, or data about data, can be crucial in the modeling process. In many situations, metadata is saved in a separate file (called a metadata file). A common problem is that metadata and the data it describes are often separated. Metadata is of little value without the data files it relates too. At the same time, metadata makes the data more usable and therefore, more valuable.

In the SMS, metadata can be cataloged inside the project file. Metadata can be associated with the project as a whole, a single geometric object such as a survey or finite element domain, or individual components down to the dataset level.

Dataset metadata is accessed by right-clicking on the dataset. This invokes the Dataset Metadata dialog which includes a text string describing the dataset. 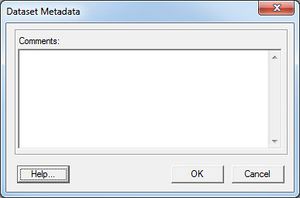