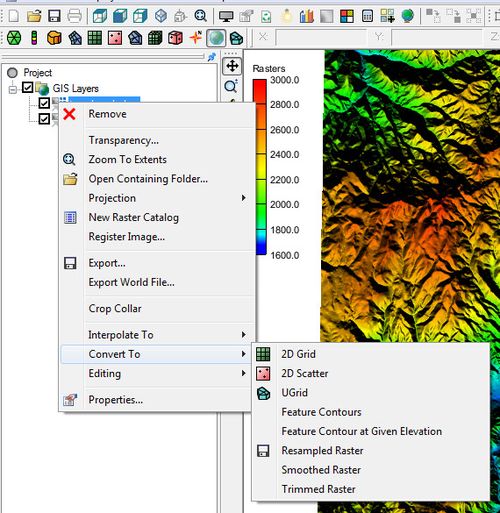 Example of a GIS item right-click menu in GMS.

SMS can load GIS data such as digital elevation models (DEMs) and images. This GIS data will appear in the GIS Data section of the Project Explorer.

Selecting the command Convert To | 2D Scatter will bring up the Raster → Scatter dialog. The dialog shows the number of scatter point that will be generated in the new set and allows naming the new scatter set. By default, the name of new scatter set will be the same as the raster set unless changed.

Example of the Raster → Scatter dialog.

By default scatter points are shown in red unless changed in the Display Options dialog. It may necessary to zoom in to see each point. Scatter points are visible in other views while the DEM is visible only in plan view. 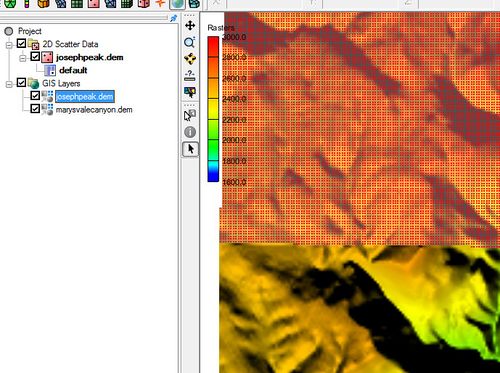 Example of a scatter set generated from a raster set.

Activating this command will automatically generate contours which will appear as a new coverage under Map Data in the Project Explorer. By default, contour lines are shown in black unless the contour color is changed in the Display Options dialog. The contour interval is found by creating ten contours evenly spaced between the min and max dataset values. 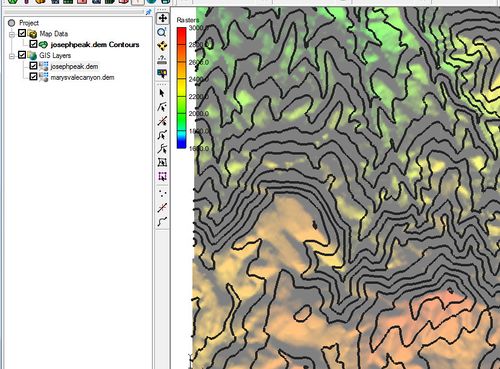 Feature Contours at Given Elevation

This command will bring up the Create Contour Arc dialog. In this dialog, specify an elevation to be used in generating the contours. 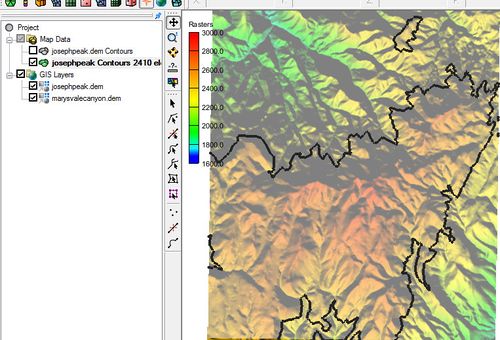 Example of feature contours generated using a given elevation. 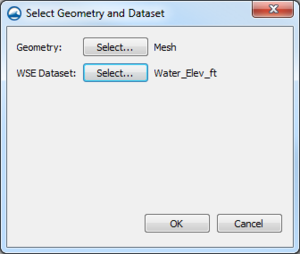 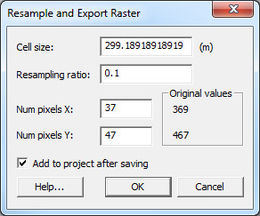 This command will bring up the Resample and Export Raster dialog. Resampling creates a new DEM covering the bounds of the selected DEM with a specified spacing. The dialog has the following options:

After completing the Resample and Export Raster dialog, and clicking OK, the Save As dialog will appear to save a file with the resampled data. 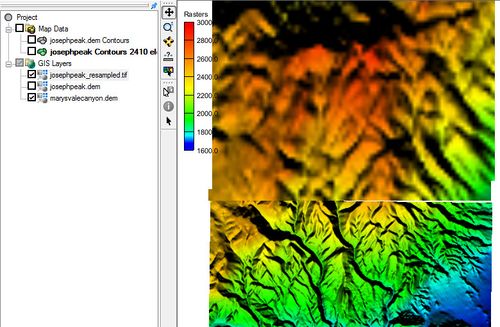 This command will bring up the Raster Smoothing Options dialog. The dialog is used to smooth the values on the DEM based on use specified weighting functions. The dialog has the following options:

After completing the Raster Smoothing Options dialog, and clicking OK, the Save As dialog will appear to save a file with the smoothed data.

To create a trimmed raster:

The final raster is trimmed along the polygon. Trimmed rasters will also trim to multiple selected polygons.

This command appears when multiple rasters are selected. It creates a new raster that covers all selected rasters with a resolution set to the smallest cell size of any of the selected rasters. Two or more DEM datasets can be merged together by doing the following:

The new merged DEM will be visible in the Project Explorer. When merging, the smallest cell size among the merging rasters is used.

A DEM may have bad cell values or based on the resolution may not represent continuous values along a line. These value can be edited to remove the bad value or ensure continuous representation of a feature such as an embankment or channel. The new values are specified using feature objects (arcs or nodes) in the Map module. To create an edited raster:

The new edited DEM will be visible in the Project Explorer.

Raster data being converted can be saved in any of the following formats: