The more significant new features in Arc Hydro Groundwater 3.2.0 are listed below.

Updated and added new tutorials on the AHGW Learning Center to reflect some of the new tools in this version.

Added a new geoprocessing tool for modifying existing geodatabases for use with AHGW. It creates empty tables and feature classes that conform to the Arc Hydro Groundwater data model. This includes talbes and feature classes for Groundwater Analyst, MODFLOW Analyst, and Subsurface Analyst. This tool works in a similar fashion to the Create Blank AHGW Geodatabase tool, but would simply be used to add various missing portions of Arc Hydro Groundwater to your existing geodatabase. 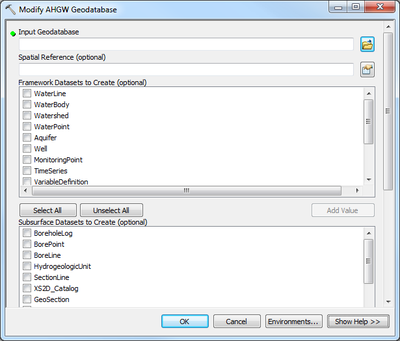 Added a check to ensure that both X and Y fields are mapped when importing data to feature layers.

Added XS2D_Catalog to the Subsurface tables.

Added warnings if there are problems reading the DELRC table for "R" or "C" attributes.

This is a new wizard for adding borehole images to cross sections. After selecting a particular Well, you run the wizard to register the borehole image. When finished, you can view the registered image in the cross section data frame.

For example, the wizard could be used to register an image of a geophysical plot for a particular well. With the image in place on cross section data frame, it could be used to help create XS2D Panel features or used in reports. 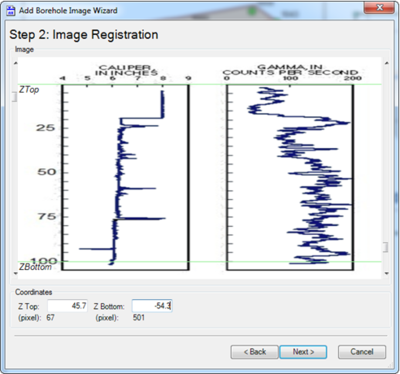 A new geoprocessing tool was added for intersecting a cross section represented by a SectionLine with a line (road, fault, river, etc.), and adds it to the cross section as a point. The XS2D elevation value of the new points can come either from the intersecting line if it's in 3D, or alternatively from a background raster. This tool is used after first running the Create XS2D Point Feature Class tool. 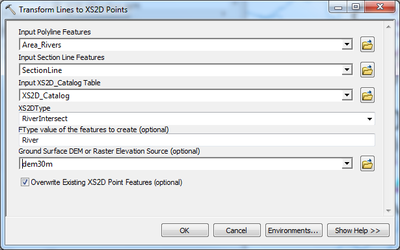 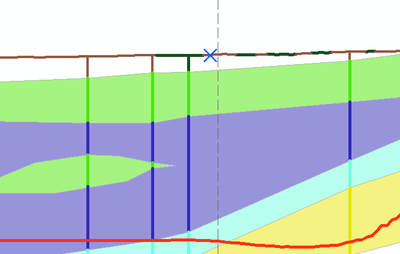 A new geoprocessing tool, similar to the one above, for taking points adjacent to a SectionLine, and adding them to an XS2D cross section as XS2D Point features. The XS2D elevation value of the new points can come either from the original points if they're in 3D, or alternatively from a background raster. This tool is used after first running the Create XS2D Point Feature Class tool. 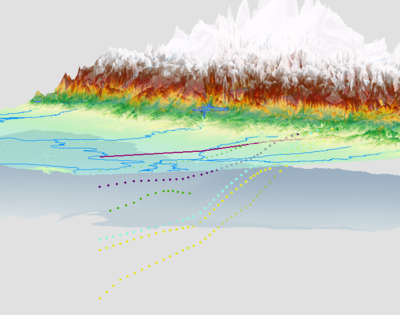 Fixed problem with Append option if the output feature class does not exist.